This recipe is closely adapted from Yotam Ottelenghi.  I love all the middle eastern flavors.  The Za’atar spice blend is delicious with the chicken and pairs so well the green tahini sauce.  Most middle eastern markets carry the spice and you can also order from Penzey’s if it’s not available locally. I used the extra green Tahini sauce as a dressing for a salad.  The original recipe used broth in the marinade, rather than buttermilk.  I have found that buttermilk helps to tenderize the chicken during the marinating process.  I added a bit of honey and additional oil to the tahini sauce to sweeten the sauce just a bit, but you could eliminate if desired.  The original recipe added pine nuts toasted in butter as a garnish which would be a nice addition, but I forgot to include them when I prepared my dinner.  A great make-ahead meal and delicious with roasted potatoes and a hearty salad, but be sure to marinate the chicken for best results and optimal flavor.

Pulse garlic, parsley, tahini, lemon juice, honey, oil, and ½ cup water in a food processor, adding more water if needed, until smooth so it is the consistency of a dressing, season with salt.  Extra sauce can be chilled and used for a salad dressing if desired.

for chicken and assembly:

Preheat oven to 400°. Toss chicken, onions, garlic, lemon, sumac, allspice, cinnamon, buttermilk, and ¼ cup oil in a large resealable plastic bag; season with salt and pepper. Chill at least 2 hours or up to 8. Place chicken, onions, garlic, and lemon in a large baking dish, spreading out in pan with marinade. Sprinkle with a bit of additional za’atar and roast until chicken is browned and cooked through, about 45–55 minutes. Serve chicken with roasted onion and lemon, with green tahini sauce and lavash or pita alongside and parsley sprigs for garnish. 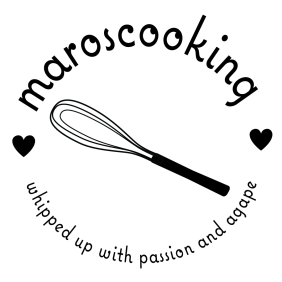